Invasion Ireland is a science fiction comedy feature film. Presented in a live news format, the story begins in an Irish future where Martians are living with the Irish. Temperatures are boiling and the recession is at its worse. The world stops to watch live coverage of Zelog, a disgruntled Martian who is holding the occupants of a house in Finglas, North-side Dublin hostage. A live news crew are recording his every word and all sorts of ‘spin doctors’ and ‘know-it-all’s’ are in the studio using the possibilities of Armageddon as a platform to ‘plug’ their books and careers. 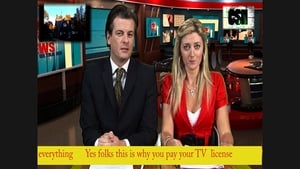